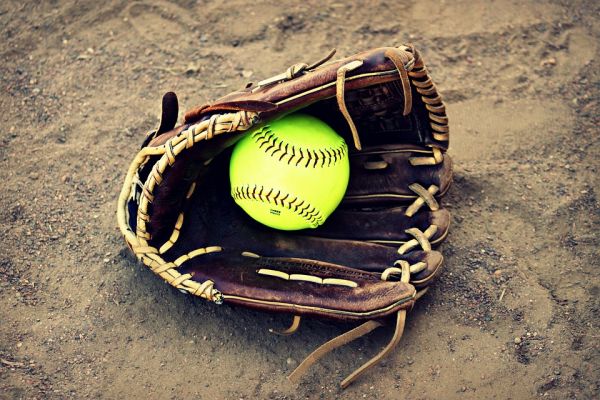 Click Here for Remaining 2022 Schedule - Hey everyone! I just wanted to explain briefly how this season of softball works. The first four games are against any 4 teams in the league, and after that the league splits into 3 different tiers. After the split, the team plays the rest of their games against other teams of similar strength. Here are the reviews from these first 4 games – enjoy!

The South Bay Church Athlete League (SBCAL) began its 2022 season on June 4th, and in our 29th year of playing softball, St. Cross began with a strong 15-10 victory over Pacific Baptist of Long Beach. It was a team effort, with players new, old, and on all sides of the ball helping contribute to the win. On offense, the bats were led by veteran Jamie O’Grady, who went 4-for-4 with 5 RBIs and 2 runs. Other contributions came from leadoff man Doug Hall’s 4 runs on 2 hits and 2 walks, Joe DesParte’s monster 3-run home run, and rookie Liz Castellana going 2-for-3 and providing a big distraction on the basepaths that allowed 2 runs to score. On the mound, Sean McCue notched his first win of the season, delivering 4 scoreless frames while serving as manager for the game. He was helped by some terrific defensive plays, with Brett Tittle (3-for-3, 3R) catching tricky fly balls on the run, and debutant Purdey DesParte (1-for-3, 1RBI) making a big heads-up play to snag a foul ball for the out.

With a strong offensive and defensive performance, St. Cross came out with a clean 16-1 victory over the second team of Gethsemane Baptist (Long Beach). The bats came to life in this game, with 11 players reaching base safely. The standout offensive performance comes from Rev. Stephen Smith, who went 4-for-4 with a home run, 3 runs, and 5 RBIs. Newcomers Danielle Samayoa and Liz Martes came up big, combining for 6 hits, 2 runs, and 4 RBIs. In addition, Andrew Welch went 2-for-3 with a double, 2 runs, and an RBI; manager Bruce Difley patiently scored 2 runs off of 2 walks; and Andy Simon came up with 2 hits, a walk, and a run in his season debut. Defensively, the team performed very well, with some great heads-up plays from Andy Simon and Jim Sullivan that helped limit Gethsemane to just 1 run in 6 innings. Sean McCue notched his second win of the season, pitching well and having an outstanding day at the plate as well (3-for-4 with 3 runs, 3 RBIs, and finishing a double short of the cycle).

A tight game evolved into a blowout as St. Cross turned in an important 14-5 win over Gethsemane Baptist’s first team. A strong defensive performance ended up being the key difference, with excellent work from people like Seth Barnes (.333), Andy Simon (.500), and Danielle Samayoa (.857). On offense, home runs were the name of the game. Sean McCue (.545, 3-0) added to his excellent pitching by smashing a 2-run blast in the first inning, and Jamie O’Grady (.750) wrapped everything up with a huge grand slam in the seventh. Other notable performances included Brett Tittle (1.000) keeping his perfect batting average with two singles and a walk, Adam Tittle (.667) making his season debut with solid defensive work at second base plus a double, and Jim Sullivan (.375) reaching safely all 3 times while tacking on an RBI and 2 runs.

In a drag race between two high-powered offenses, St. Cross couldn’t keep up with Bayview Baptist (San Pedro) and lost 18-11. The team was led defensively by rookie Ryan Santos (.667, 0-1), the spot starter at pitcher. In his first game with the team, Ryan netted a whopping 6 strikeouts on the mound, adding to his 2-run home run at the plate for a great game. Other great defensive plays included a heads-up double play from Shannon Shannon (.222), a force-out at home by Purdey DesParte (.333), and a great catch in the first game of the season for Tibor Fodelmesi (.000 with 2 walks). On offense, St. Cross put together a strong performance despite lacking some usual starters. Seth Barnes (.500) came up big with 2 doubles and 3 RBIs, Clement Ogar (.500) had a huge home run in the second inning, Andrew Welch (.385) reached safely all 3 times of asking and added in an RBI, and Doe Inouye (.333) delivered 2 singles and an RBI.

Join us for Sunday Service Online at 9 AM!