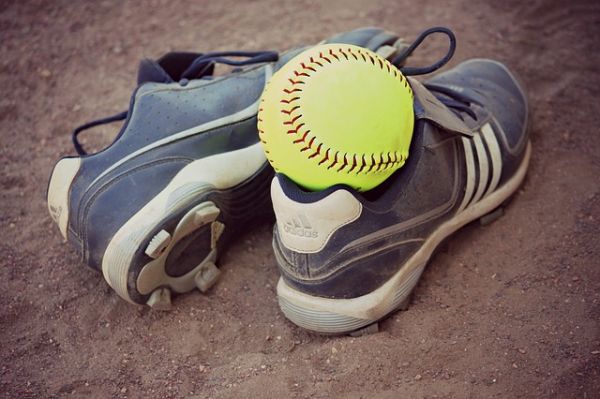 Contained here are capsule updates of the divisional round games for the St. Cross 2022 Softball Season!

Game 5: St. Cross 15, Lawndale Wesleyan 14
A tight back-and-forth game ended in favor of St. Cross, with the team getting a 15-14 win in their divisional play opener against Lawndale Wesleyan. Key defensive plays ended up making a huge difference, with Joe DesParte (.636) making some big catches at third base and season debutant Madi Weissenberg had a great heads-up catch at the plate to add to her walk and run. Rookie Ryan Santos (.429, 1-1) had another good game on the mound and behind the plate, notching 4 RBIs. Offensively, the team capitalized on the strong northeasterly wind, drawing a whopping 12 walks with each player getting on base. Sean McCue (.600, 3-0) lead the way on offense again, hitting 2 singles and a big solo home run. Other standout players included Clement Ogar (.583) and his 3 singles, Ellie Weissenberg (.500) starting her season with 2 singles and 2 RBIs, and Shannon Shannon (.222) showing patience and drawing 4 walks and scoring 3 times.

Game 6: Nova CC 21, St. Cross 6
It was a hard day at the office for St. Cross as they fell 21-6 to the first team of Nova CC (Torrance). The defending champions of the top division were too defensively strong to be broken down, and their bats never cooled off. Despite everything, it was a standout day for Seth Barnes (.556), who made several huge catches throughout the course of the game and contributed at the plate with his second triple of the year. Andy Simon (.545) also added to his 2 singles by making a big catch on a line drive to help turn a double play with Danielle Samayoa (.615). Leading the way at the plate was Andrew Welch (.500), who went 3-for-3 with 3 singles, an RBI, and 2 runs. Other standout performances included Rev. Stephen Smith (.778) reaching safely twice and scoring a run, Ryan Santos (.400, 1-2) scoring a run and a single, and Ellie Weissenberg (.429) finishing her season by reaching base twice.

Game 7: Gethsemane Baptist 19, St. Cross 14
A hard-fought battle between two good offenses ended in favor of the opponent as St. Cross lost 19-14 to the first team of Long Beach’s Gethsemane Baptist. In a revenge match for the 9-run defeat inflicted by St. Cross earlier this year, Gethsemane 1 was relentless, scoring in every inning possible. The offense was led by two young talents – Athena Singer (1.000) made her season debut in a big way by going 3-for-3 with a pair of RBIs and runs, and Adam Tittle (.833) also went 3-for-3 with 2 RBIs and a run. Other notable performances included Seth Barnes (.583) hitting a monster 3-run homer in the third inning, Sean McCue (.611, 3-1) netting himself a double and a triple, Danielle Samayoa (.625) driving in 2 RBIs, and Brett Tittle (.875) continuing his great run of form by scoring twice off a single and double.

Game 8: St. Cross vs. Bayview Baptist (w/o)
The first leg of the doubleheader never came to be, as Bayview Baptist of San Pedro had to pull out of the game. This resulted in St. Cross being awarded a win on walkover, guaranteeing at least 4th place for the team.

Game 9: “Gethsemane 1” 19, St. Cross 1
A couple bad innings was all it took for the first team of Long Beach’s Gethsemane Baptist to pounce upon a tough 19-1 win over St. Cross. Giving up only 2 runs in 4 innings quickly gave way to 17 in the other 3 innings, and the Gethsemane defense was nigh impenetrable. Despite the loss, there were standout performances on all sides of the ball. Pitcher Ryan Santos (.313, 1-3) was great on the mound as he struck out 5 batters. There were also some great running catches in the outfield from Doug Hall (.500) and Andrew Welch (.409) that saved runs. At the plate, Tina Hamelau led the way, netting 3 singles and a great leaping catch at third base in her debut for the team. Caren Brownlie also had a great time in her first game of the year, hitting 2 singles and driving in Danielle Samayoa (.579) for the only run of the game. St. Cross looks to bounce back and finish the regular season on a high note next Saturday, August 13th. The Angels will play Bayview Baptist of San Pedro at 5:50pm at El Nido Park in Torrance.

Game 10: Bayview Baptist 15 - St. Cross 7
In a game closer than the scoreline suggests, St. Cross fell to Bayview Baptist 15-7 in the final game of the regular season. St. Cross finishes the year at 5-5 with a chance to take third place next week in the playoffs. Sean McCue (.619, 3-2) did his job on the mound, striking out three batters and netting a big triple in the fourth inning that brought in two runs. Rev. Stephen Smith (.800) was also in top form, hitting two doubles and a single on offense and providing some big catches in the outfield on defense, including a huge double play that prevented a run from scoring. Other standout performances included Andy Simon (.471) scoring twice, Shannon Shannon (.222) netting two singles and a run, Danielle Samayoa (.591) hitting her team-leading 12th and 13th singles of the season, and Andrew Welch (.400) turning on the jets to score his first career home run. St. Cross concludes its season in the third-place game next Saturday, August 20th at El Nido Park in Torrance. The Angels will play at 3:30pm against the first team of Gethsemane Baptist – this will be the fourth meeting this season between the two teams, with St. Cross looking to even the series at 2-2. Following the game, a special ceremony will take place honoring the late Michael Welch, former associate commissioner of the SBCAL and manager of St. Cross.

Join us for Sunday Service Online at 10 AM!